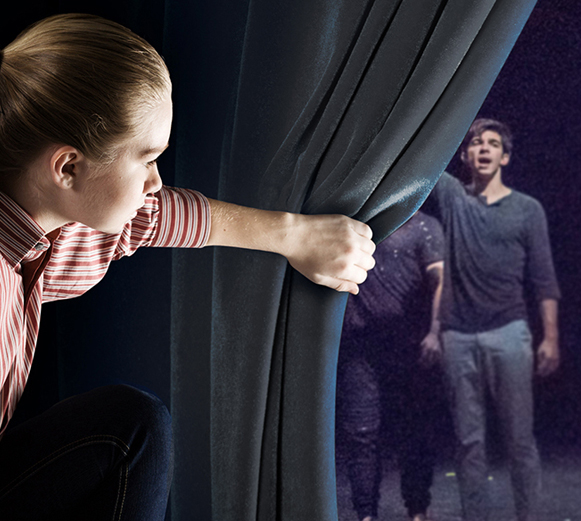 What started as a dream to take a classical play to the largest performing arts festival in the world has turned into the island’s first professional Equity theatre, located in the heart of historic downtown Nantucket.

The White Heron Theatre Company produces professional productions of classical and contemporary plays, while developing new work for the American stage and creating innovative educational experiences based on that work.

The essence of the company’s theatrical work is to present deeply specific and beautifully drawn characters in a very vivid, enveloping world of the play that allows the audience to live through the characters on the stage. The audience becomes more than just a witness to the action of the play: it becomes an emotional participant in the drama, fully engaged in the journey of the theatrical story. This is transformational theatre, exploring basic human truths in classical and contemporary text. The experience for the audience, then, is both personal and universal. It crosses all divides – social, economic and cultural.

Founder and artistic director of the White Heron Theatre Company (WHTC), Lynne Bolton, and Executive Director, Michael Kopko, always knew they wanted to create educational opportunities based on the work they were doing on the stage. In 2012, Lynne and Michael established the Nantucket Theatre Institute (NTI) with the intention of one day providing a place for local and nationally recognized artists to develop their new work, while simultaneously offering students access to the wealth of talent and training on the White Heron stage.

It wasn’t until December of 2016 that Tiffany Gallo, Managing Director – NTI, joined the White Heron team to further develop the Institute’s programming. For their inaugural summer season, the Institute is presenting work from two intensives in their Practical Intensives program. The first is a one-hour student production of The Tempest; the second is an exploration of a theme, through music, theatre, and dance, titled The Nantucket Mixtape.

The innovative educational experiences that are based on the main stage work have the goal of teaching students about the nature and creation of transformational theatre. Through the Nantucket Theatre Institute (NTI), students learn to create theatre with a specificity that allows for compelling and fully engaged performances. In addition, the work provides a foundation for the development of life skills through the theatrical process. 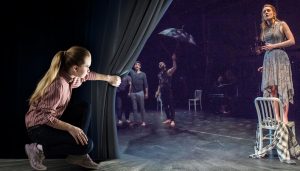 The NTI training is both immersive and interactive — running concurrently with the White Heron summer Repertory season.  Program participants who are in classes and rehearsal each day interact with members of White Heron’s Equity Company who are also in rehearsal for the upcoming summer season. After the students’ rehearsal ends, they are offered opportunities to observe the professional company, allowing them to watch their mentors at work and experiencing their creative process firsthand. White Heron Company members also engage with students through master classes, informal lunches, and Q&A sessions. This season, White Heron Company members include Tony nominated actor Jeremy Shamos, Janet Zarish, Nina Hellman, Kevin O’Rourke as well as the cast of Shakespeare’s Romeo and Juliet and that of Seawife, a musical.

The production of Romeo and Juliet, offers a natural theatrical bridge between the work NTI is doing this summer, and the level of work being produced and presented on the White Heron stage. The students in the theatre intensive will study Shakespeare’s The Tempest, culminating in six performances, opening July 31st. During the rehearsal process, students and the NTI production team will all be working with Gennifer Costanzo of Autism Speaks, to adapt the August 3rd, 10am performance to be an all-inclusive and sensory-friendly experience.

In the musical theatre track, NTI’s The Nantucket Mixtape, students will follow cast members of the White Heron main stage production of Seawife – a musical tale inspired by the stories of sailors and captains who sailed the whaling ships of old Nantucket. Cast members will spend time mentoring students, and Raymond Sicam III, who was one of the original cellists from Dave Malloy’s Natasha, Pierre and the Great Comet of 1812 in the Ars Nova and Kazino productions, will also serve as the musical director for the student production. In addition, NTI is collaborating with the Nantucket Music Center (NMC) to create an immersive musical experience for Mixtape participants. NMC students will play in a student orchestra and will accompany the musical theatre students on the stage.

The White Heron Theatre Company and the Nantucket Theatre Institute present professional theatre along with advanced-level training and artistic development opportunities for students, artists, and the community at large.